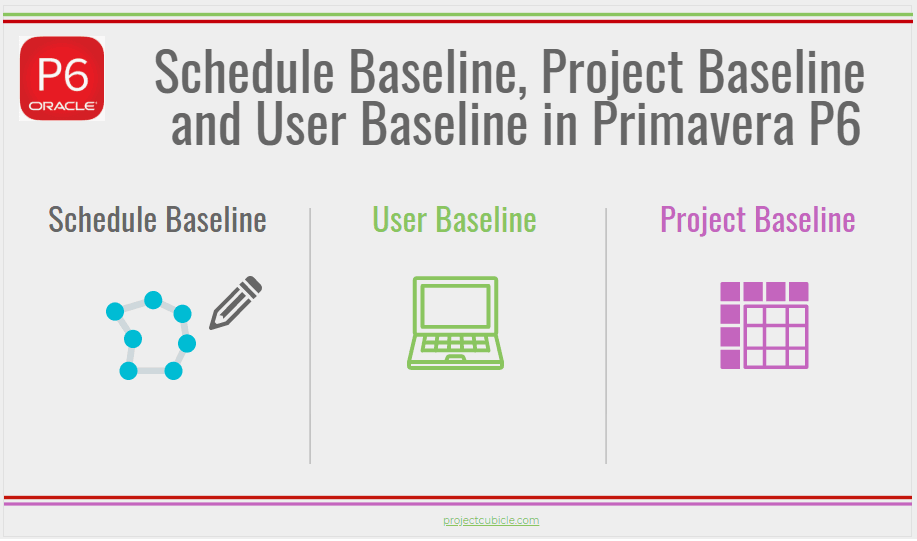 Ok, let’s start with the definitions.

Time management is the discipline of planning and controlling the duration of a project. Without following the time management processes, projects can not be completed on time.

According to the PMBOK Guide, Schedule Baseline is the approved version of the schedule model by which performance of the project will be measured. Can only be changed through formal change control procedures.[1]

During the initial planning phase, activities, Work Breakdown Structure, and activity durations are determined, relationships are established and the project is scheduled in Primavera P6.

Once everything is in place, creating the schedule baseline phase comes. The schedule baseline is directly related to the original schedule which is used as a reference point to track the project performance by making comparisons between the planned and the actual dates, costs, resources and other project information.

Before to demonstrate how to create and add a baseline in Primavera P6, let’s analyze the differences between the widely used terms;

Current Project: Current project is the updated schedule. Activities show the current status of the project and they are editable.

Project Baseline: The approved copy of the project schedule.

User Baselines: User baselines are the unofficial copies of the project schedule. They can be used internally to track and report the project performance for short term and long term targets. 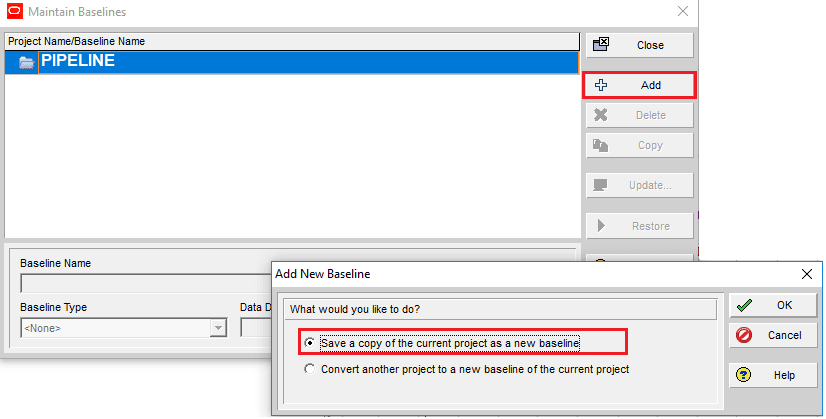 Click add and save a copy of the current project as a new baseline. This is a project baseline so select the baseline type as the “Customer Sign-off” baseline as shown in Figure 2.

Now the baseline is created. We will assign it to the project. In order to assign, Select Project | Assign Baselines from the main drop-down menu at the top of the screen. This will display the Assign Baselines window. Select the newly created baseline as the “Project Baseline”. as shown in Figure 3. 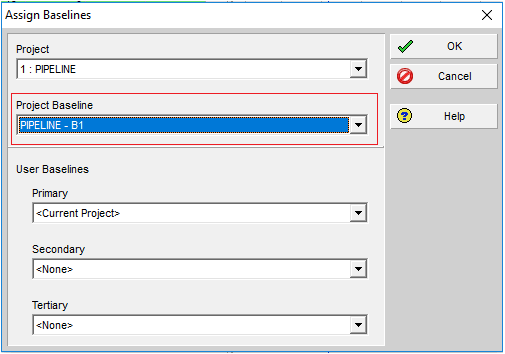 For better understanding; let’s review the example below.

In order to create a user baseline, open the Maintain Baselines window and create a new baseline which is the copy of the updated work schedule. Then assign it as a “User Baseline” as shown in Figure 4. 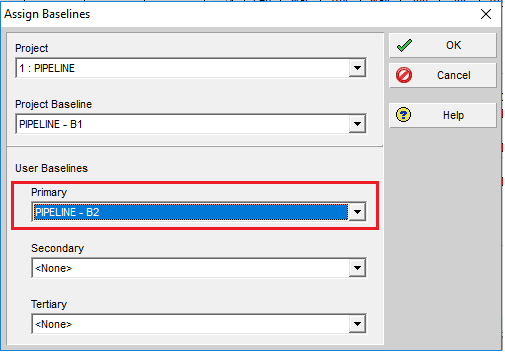 Project Baseline and User Baseline dates are shown in Figure 5. It is possible to customize activity bar labels for different types of baselines in the Gantt View.

It is possible to assign up to three user baselines and one project baseline for a project in Primavera P6. In brief, project baseline is the approved frozen version of the project schedule, the current project is the updated schedule which shows the current status of the activities and the user baselines are unofficial copies used to track and report the project performance for particular targets.

Primavera P6 has advanced reports generated to make a comparison between the planned and the actual performance of the project.