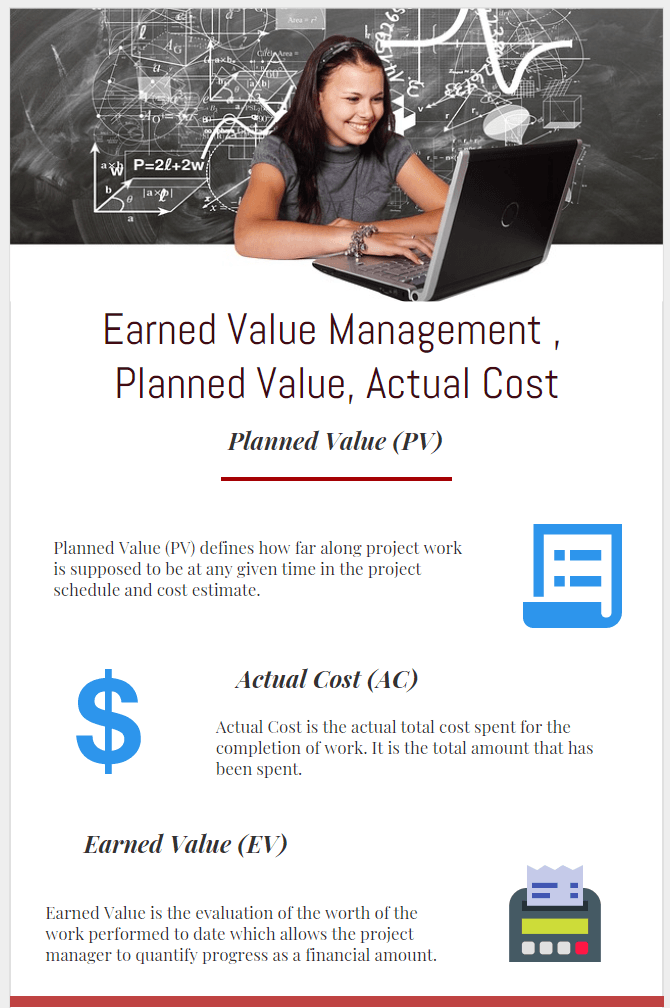 No doubt, planning and cost control practices are vital for any projects success. In order to improve decision making within a project, a well-established performance measurement system must be established. The principles of Earned Value Management (EVM) have positive impacts on a project’s successful completion.

Basically, Earned Value Management (EVM) systems allow the project manager to answer the following three questions, as they relate to the project:

Earned Value Management (EVM) is an approach of specifying project progress and comparing actual progress with planned progress and actual money spent. Although EVM was borned in United States Government programs for financial analysis, it became an important project management technique for all industries in recent years. It can be applicable to all projects with different level of complexity.

For better understanding, let’s review the example below.

A pipeline project has been approved for a duration of ten months. The budgeted cost of the project was 50 M $. The planned budget for the first 5 months was 30 M $. 5 months has been passed after the start of the project and the project team reported that they spent 30 M $. Many people think that 5 months passed and the budget was spent as planned so the project is on the track.

However, the provided information is not enough to make a decision. It is possible that the project can spend 30 M $ with completing %10 of the work which means that it will be over budget. We are using Earned Value Management technique to measure the actual work performed.

Planned Value (PV) defines how far along project work is supposed to be at any given time in the project schedule and cost estimate. It answers how much value you have planned to earn in a given time question.

Actual Cost is the actual total cost spent for the completion of work. It is the total amount that has been spent.

Earned Value is the evaluation of the worth of the work performed to date which allows the project manager to quantify progress as a financial amount. If the project is stopped today, Earned Value will give you the value of work performed. The earned value stated directly is how much value you have earned on the project in a given time.
This system allows us to analyze all three measurements (planned value, actual cost, and earned value) on a single chart.

Let’s assume that we are managing a highway project and the project is 5 months along. Below graph shows budgeted cost versus actual cost situation. 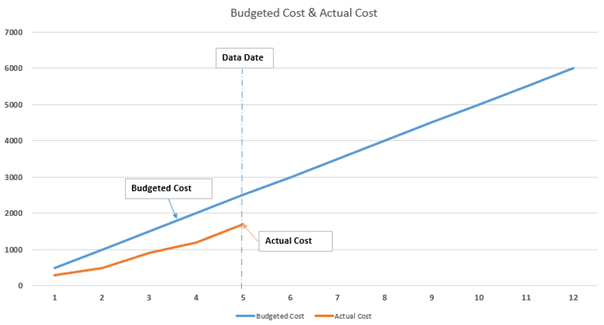 This graph shows that our planned value (budgeted cost) is significantly more than actual costs and we appear to be underspending. But what can we say about the project’s performance? what about the actual work completed? Are we behind or above the schedule? Is it possible to finish this highway project on time? Unfortunately, this graph itself does not include sufficient information to answer these questions. We need more parameters for decision making.

Let’s review the graph below for a better understanding of the Earned Value Management concept. 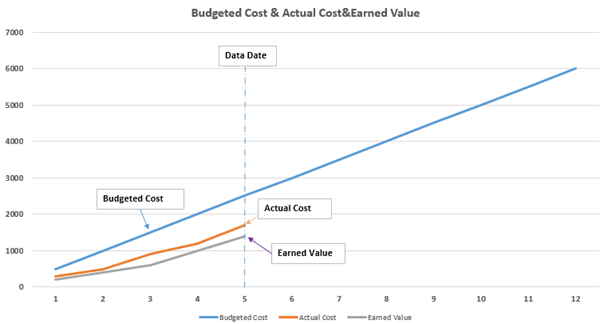 In order to see our projects real performance, we are adding the earned value parameter to this graph.

In this Earned Value Management Tutorial, we discuss the three metrics (Planned Value, Actual Cost and Earned Value) used for Earned Value Analysis. These elements can be used to develop a basic overview of your project status.

When you have these elements available, you can easily calculate the Earned Value of the project by using earned value analysis formulas. Thus, you will better understand the current status of your project and compare it with the planned progress. Note that there are many earned value management software available on the market (like Primavera P6). Using one of them may help you to perform these calculations in an effective way.

I am a Civil Engineer in HES Consultancy Limited, experience as Director and Resident of Works and Technical, Financial and Administrative Project Audit. I have skills in the area of Procurement, Tenders and Contracting. I am PMP and PRINCE2 Certified. Monitoring and Control with the Earned Value Method.