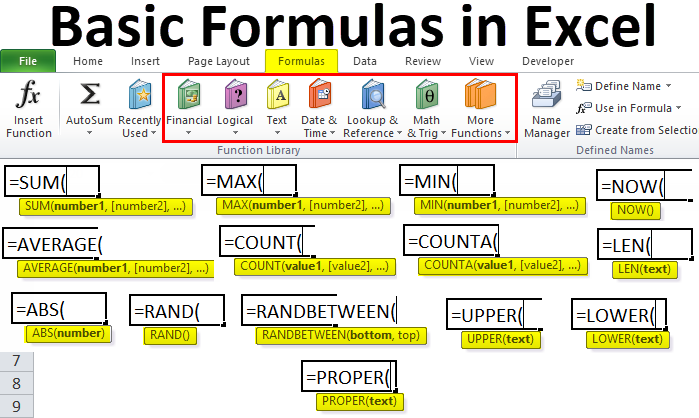 What Is the $ Symbol in Excel (Excel Formulas)?

What do the symbols such as &,$,{, and other cell references mean in Excel formulas? A lot of people ask this because they see these symbols in their Excel worksheets and nothing works behind them. They all want to know what these cell references actually mean. Let me introduce one of these important cell reference symbols to you. The first step is “insert symbols”

The symbols +, -, /, and * represent the most common math operations in Excel formulas. Each symbol performs a specific mathematical operation on its corresponding operands. You can use these operators to perform addition, subtraction, multiplication and division respectively.

When you need to perform an arithmetic operation in Excel, such as addition, subtraction, multiplication or division, the process is relatively simple: simply enter the appropriate operator between the two values. The order of the values does not matter when performing these operations; for example, 4 + 5 is the same as 5 + 4. However, when performing more advanced operations such as exponentiation (raising one number to the power of another), the order of your numbers matters. For example, 2^3 (also written as 23) means “2 raised to the power of 3,” or 2 multiplied by itself 3 times; it’s not the same thing as 3^2 (32). The final step is “insert symbols”

When writing Excel formulas, there may be times when you need to use some basic math. For example, you might have a column containing the cost for each item in a sale and another column containing the number of items sold. You can multiply those two columns together to find the total price for each sale. The result would be a new column that contains how much money you made on each sale. There are also times when you want to know the average of a group of values or even if a certain value exists in a list. These tasks are also very common in Excel formulas and require their own function to perform the task required.

Excel functions can be thought of as automated pieces of code (sometimes referred to as “macros”). Instead of having to program the code yourself, Microsoft has already created all of these functions for you so that you only have to call them in your formula to perform the task at hand.

Excel has a long list of functions and operators that can be used in formulas, some are rarely used and others are very useful. To help you understand how they work and build your formulas, we’ll start off with the basics.

Here’s an example of a simple formula:

When you click on the cell that contains this formula and press Enter, Excel will calculate the sum 5 + 5, displaying the result 10 in that cell. If you change any of the values in that formula to other numbers, it will recalculate when you press Enter again. The same goes for any other formulas you create. If you want to change the formula, just click on the cell containing it and make your changes.

There are three logical operators – AND, OR and NOT. As you will see from the table below, each operator has a different function.

For example, in the picture below there are five text strings. If we evaluate them using the AND operator the result will be FALSE because it is not true that “I” and “love” and “you” and “very” and “much” are equal to each other (i.e., they’re not).

For example, in the picture below there are five text strings. If we evaluate them using the OR operator the result will be TRUE because at least one of the strings does equal itself (“I”).

With all of the functions available in Excel, knowing which one to use and when isn’t always easy. There are formulas for everything from summing up a series of numbers to rounding off decimals to calculating the minimum and maximum values in a range of cells. In this lesson, we’ll take a look at the comparison operators available in Excel and how they can be used to help you find the right formula for your data.

Comparison operators are used to comparing two values and return a true or false value depending on whether those values meet certain criteria. For example, if you want to know whether one number is greater than another, you would use the greater than operator (>) in an expression like this: 1 > 2. If we were to enter that expression into a cell in Excel, it would return FALSE because 1 is not greater than 2.

For example, you may want to apply conditional formatting to a cell that contains a value less than 5 or greater than 90.

Excel is a useful tool, but it can be a little intimidating at first. With all of the different functions and features it has, it can be hard to figure out what you need to do. But once you know how to use Excel, it’s really not so bad.

When it comes to using Excel formulas, there are some things that are pretty straightforward: addition, subtraction, multiplication, and division. But there are also some other mathematical operations that may not be as obvious. One of these is statistical operators. If you want to calculate a statistical operator for a set of numbers in a column or row, you’ll need to use an array formula.

To do this, type the formula into the cell you want the answer to appear in, then press the Ctrl + Shift + Enter keys together. This will put curly brackets around your formula—which tells Excel that it’s an array formula—and give you the correct result.

If you’ve been using Excel for a while and have never used the TEXT function, you might find it a bit confusing. The TEXT function is especially useful when you want to insert a number into text without having to worry about formatting issues.

For example, if you have an invoice that contains a column of numbers, they may be displayed as full numbers by default. If you’re trying to display them as currency, however, Excel won’t know what to do with that information unless you tell it to do so. In this scenario, the TEXT function allows you to format your numbers as text so that they can be displayed as currency and not just plain numbers.

To use the TEXT function, open up Excel and select Insert Function (or go to Formulas > Insert Function) from the toolbar at the top of the screen. Then select TEXT from the list of functions on the left side of the screen and click OK. This will bring up a dialog box in which you can enter your desired formatting options for your text. This is also where you’ll enter any parameters that will allow your text to appear as it should in your spreadsheet.

It is important to know the rules and syntax of text functions in Excel so that you can craft formulas to manipulate cells in your spreadsheets. You can use the functions and operators below to handle text strings and individual characters.

Conclusion about the symbols used in excel formulas

You can use symbols in formulas to perform calculations or to compare values. Some symbols are just a character, such as an ampersand (&) used in concatenation, but most are more like operators. An operator is a symbol that tells Excel to perform mathematical or logical manipulations. For example, the plus sign (+) is an arithmetic operator that tells Excel to add two values.

The asterisk (*) multiplies two values together.

The slash (/) divides one value by another.

The caret (^) raises a value to a power.

The tilde (~) concatenates text items into one text item.

An absolute reference is a cell address that remains constant, even when you copy or move a formula to another location in the worksheet.

I am studying at Middle East Technical University. I am interested in computer science, architecture, physics and philosophy.