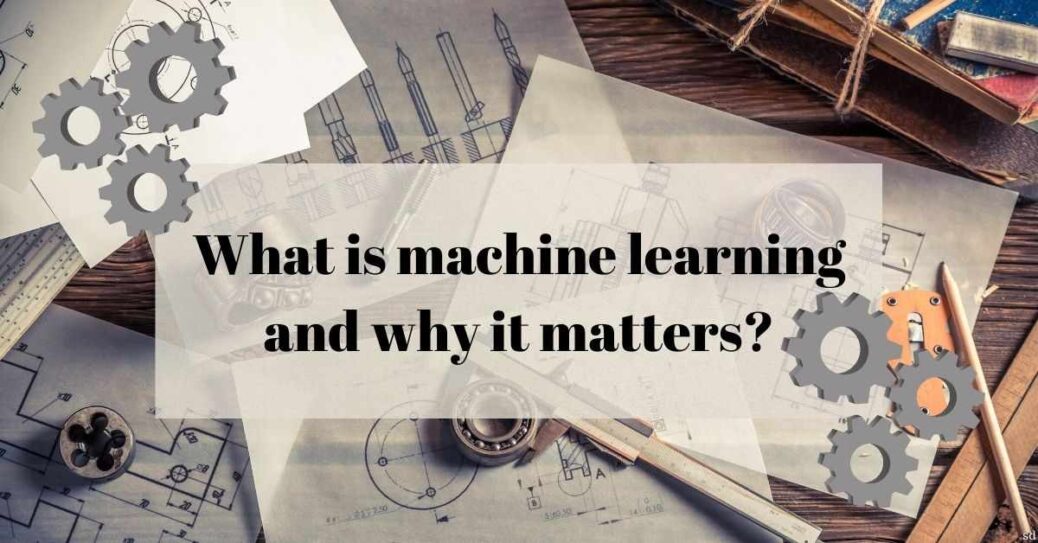 Sometimes, it is difficult to keep up with the constantly improving technology that often reflects its outcomes into our everyday lives. Thus, some concepts are often regarded as too complex to be understood by the common people while in reality, this is far from the truth. The question of “what is machine learning” comes to the scene at this point since it is one of those concepts that have been highly popularized in recent years but very rare people know what it is. In fact, machine learning algorithms and machine learning engineers are all unknown realms for most of us.

So, what is machine learning? It is a data analysis tool that is often being considered as a sub-category of artificial intelligence (AI). Its main premise is very simple: machine learning algorithms are based on the idea that systems can build their analytical data automatically, without necessitating human intervention. In other words, it enables systems to learn from the data, analyze them and deduce any desired outcome from them without developers intervening to direct it.

Back in the 1950s with machine learning algorithms

The concept has emerged back in the 1950s, at the time when the idea of AI was also gradually coming to the scene. One of the prominent figures of the technological circles at the time, Arthur Samuel, defined marine learning as “the field of study that gives computers the ability to learn without explicitly being programmed.” The main difference between AI and machine learning is the fact that AI is focused on coding systems in a way that will imitate human behavior while machine learning engineer is trying to generate human behavior (or the process of thinking) within machines based on learning. That is to say, it removes the human element from the system by allowing the machines to learn to own their own.

In regular computer systems, the computers are programmed to do what the developers order them to do. Thus, it cannot act beyond its code since it is unable to generate its thoughts on data and thus is limited in its actions. However, these algorithms are challenging these systems in a scary but also highly useful way. It is scary because thanks to machine learning algorithms, computers are becoming independent actors with unique intelligence of their own. They have the self-learning ability which enables them to figure out what to do and how to do it. However, it is also highly useful exactly because of this reason, since they can act much faster and accurately than humans in coming up with the necessary data for a specific purpose.

The recent rise in machine engineers

Even though the concept of machine learning engineer is not exactly new, it gained momentum only recently since the technological developments in the other fields allowed it to be explored more thoroughly. Despite being a skeptic at first, as they exposed computers to the new data, the researchers discovered that the machines develop an ability to adapt and learn from every new data set autonomously. With each data set, their ability to come to reliable outcomes improves as they can learn from the computations of the prior ones. Before, there were only some machine learning algorithms that were working in theory. However, now, computers can learn major data sets and apply complicated mathematics to them repeatedly at a highly fast pace.

As this technology improves, more sectors realized its benefits and start to adapt it to their specific branch. It enables businesses, especially the financial industries, to work more efficiently since they can have a crucial understanding of data while avoiding possible frauds. The banks, for instance, can come up with the most efficient investment opportunities for any client in just seconds thanks to machine learning.

Similarly, governments can use machine learning algorithms in providing public security since they can analyze data to detect any possible threats. It can even be useful in determining identity fraud, which would ease the job of governments immensely. The health care sector is another one that is taking advantage of the machine learning engineer as many devices that are being used in the industry utilize the data in a way to properly determine a patient’s health.

E-commerce websites also utilize machine learning systems as they determine what customers might like through the learning abilities of their algorithms based on the purchasing part of the users. In this way, we, as the customers, have a more customized online shopping experience while the retailers determine their marketing strategies easily. These are only a few examples of the major sectors that are currently benefiting from machine learning technology. Some other sectors that are worth mentioning are the mining industries and the transportation industries that are both heavily necessitating machine learning in easing their job.

How does it operate?

In unsupervised learning, however, there is no expected or “right” answer that the machine is anticipated to achieve through an input. Instead, the input has no historical labels and there can be multiple different outcomes. Some of the other learning methods that are less popular but still being used in machine learning technologies are semisupervised learning and reinforcement learning.

Benefits of these unique algorithms

Machine learning matters because in the modern world, the industries and businesses are bigger than ever which makes it harder for people to handle the data sets that are getting larger every day. Machine learning engineer enables us to have an insight into data in a relatively cheap and highly speedy way that is often immune from coming up with inaccurate results, a luxury that we, the humans, don’t have. Naturally, it allows the sectors to follow more profitable paths, which makes it highly desirable. As long as the given data set is reliable, this engineer will continue to surprise us with its competence.

According to a recent survey, 67% of the companies in the world are already using some form of machine learning. The technology has already re-shaped the rules of the business and increased the rivalry within the sectors. However, as the machine learning engineers and developers explore more potentials, we will witness even more change soon that will boost the efficiency of the businesses immensely.