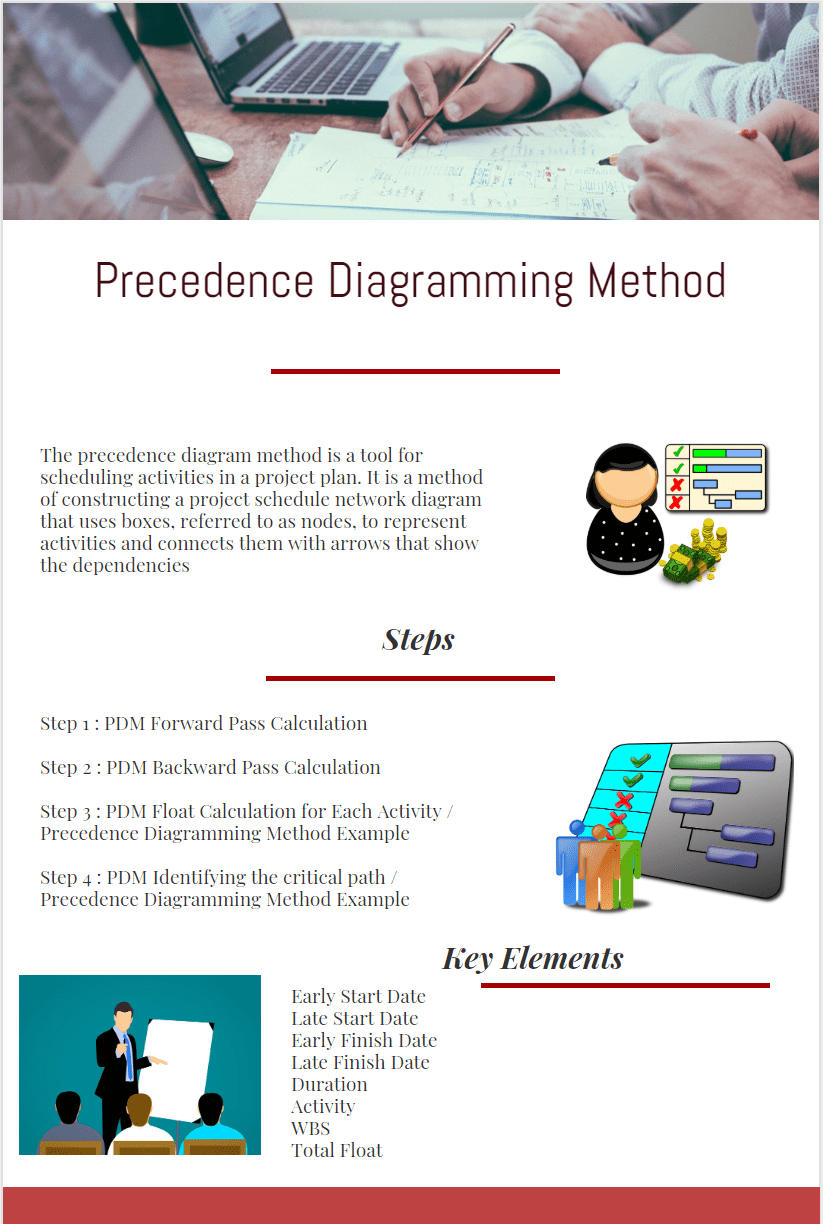 It is critical for a project manager to realize the activity relationships because it is important while preparing the network diagram and then creating the project schedule.

For better understanding, let’s analyze the example below and follow the steps.

In this Precedence Diagramming Method Example, we will perform forward and backward pass calculations. Forward Pass Calculations specify the minimum dates at which each activity can be performed and, ultimately, the minimum duration of a project. Backward Pass Calculations determine the latest dates by which each activity can be performed without increasing the projects minimum duration. Total float is the amount of time that an activity can be delayed without delaying the project completion date. Total float is 0 on the critical path.