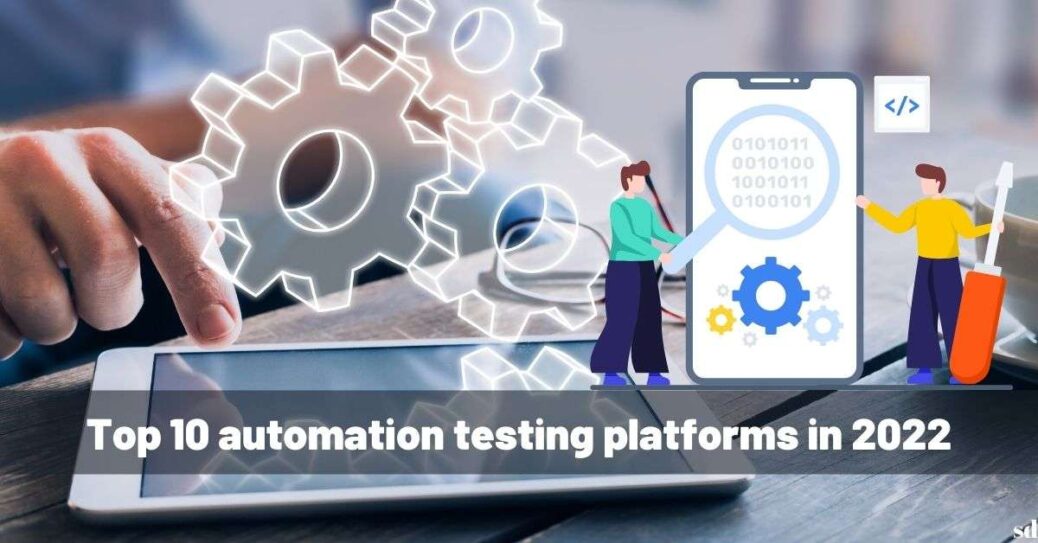 When it comes to QA testing, there are two types such as automated and manual testing. Well, you must admit that manual testing can lead to errors and mistakes, unlike automated testing or test automation. After all, they are effective, efficient, and highly accurate. You can save a lot of money and time with superior quality results when used automated testing software or also known automation testing tools.

Hence, many software testers and developers are opting for automated testing. To make things easier, you can read further and learn about the automation testing platform, which helps in web testing. Well, there are 10 of them, and learning about them will certainly keep you well-informed.

SoapUI is not used for mobile or app testing; instead, it is used for API testing. After all, it is a functional testing and an open-source tool. It means that the user or the owner can distribute, change and study the source with anyone.

It was designed by an information technology company called SmartBear and came with awesome features. Some of them include reusing the scripts and allowing asynchronous testing.

Selenium was created in 2004 by John Huggins. It is a popular open-source web testing tool. You can use this tool on different platforms and browsers. Plus, it also supports various programming languages.

As per a survey, 51 percent of customers use Selenium in the United States of America. You can ensure that complex testing can be simplified by automated testing.

Cucumber is an open-source tool, which supports only the web and not API. Furthermore, it is utilized for behavioral development and supports different languages. You can execute codes in various platforms or frameworks, similar to Selenium. Being an end-user, you can ensure a great experience.

Whether it is an integrated, basic, or any other web application, you can ensure that Appium is helpful and useful. This test automation framework supports tests on Android, iOS, or both. According to an interview, it was announced that Appium would support desktop applications testing as well. This tool has gained popularity in recent years and emerged as one of the best.

With the help of TestComplete software, you can test web applications, desktop, and mobile easily. After all, these types of automation testing tools are always at the top. Different techniques such as regression testing and keyword-driven testing are used.

In addition to this, different scripting and programming languages like Python, JavaScript, and VBScript are utilized in this framework. Similar to SoapUI, you can reuse the scripts without any hassle. You don’t require a single line of code to create automated test scripts.

In the Eggplant tool, the text can be read in the control system, which utilizes the ability of two systems. Several testers and developers use this eggplant tool to test and debug any mobile platform. Hence, it is a great help for many developers and testers.

WorkSoft is generally a test automation tool for SAP, and you can ensure that it can tackle complex issues related to automation. This automation testing platform is utilized in large businesses and their critical processes. You can easily test this framework or platform in different systems and applications.

You can use the Katalon tool for web and mobile application testing. If you face any challenges in test automation, you can ensure awesome features with Katalon. After all, the features allow the testers to work swiftly and properly.

This automated testing framework is one of the best and can easily test web, mobile, and desktop applications. The best feature of this framework is that you can schedule the test at any time. Plus, it supports different scripting and coding languages such as VB.NET and C#.

Ranorex or Ranorex Studio is a test automation tool to test mobile, desktop, and web applications. Although you might not too much about this tool, you can still test the applications effortlessly. This platform helps fix any issues or mistakes easily.

Joe Hatten, PMP, CST, MBA works as an Agile Trainer and Coacht for AgileZilla where he provides training and coaching for organizations who are transitioning to Agile.