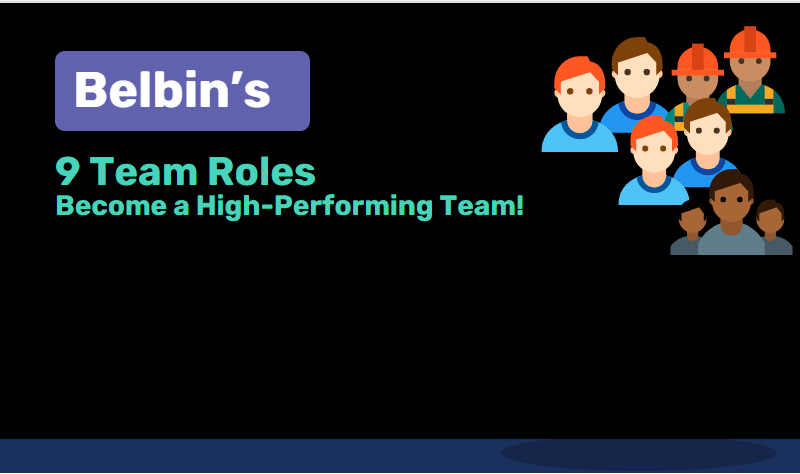 The set of roles we embraced on our business life span stretches out from Adam Smith’s Division and Specialisation of Labour to today. Each of us have different talents and expertise in our specialisations. Long story short? “Specialise as a baker and produce only bread, you now must rely on somebody else for your clothes.” in his The Wealth of Nations, 1776.

You might be thinking, “what does it have to do with Belbin’s 9 Team Roles?”, a little patience and step by step, we will get there. When we talk about ‘division’ and ‘specialisation’, what do we exactly mean?

Think about a task like a cake. A cheesecake. The job is to finish it and there are 5 people up for this job. What do you do? You slice 2 pieces from the cheesecake for each person. Each member of the group has a task of eating two slices of cheesecake because we divided the completion of cheesecake into 5. 5 people are going to complete this task together.

Now, what if this cake was different. What if this cake consisted of 5 different cakes? What if each 2 slices of this cake was made of Tiramisu, Red Velvet Cake, Brownie, Apple Pie and Raspberry Cheesecake? Now each of these five people have to figure out how to eat those specific desserts. For an instance while Apple Pie is served warm, Raspberry Cheesecake has to be served cold. Similarly, Brownie can be served better with extra chocolate sauce or milk, it should also be served warm. At this, moment what we should focus on is not the difference of these desserts but how to succesfully eat them with their unique taste instead, and in the right way that we discussed above.

Each member will have begun their learning process of eating different desserts. Do you begin to see my point in giving this example?

Let’s also say that the group is given this version of cake 3 times a week, and each of them receives the same dessert in each slicing. This means that each member has the same dessert 12 times a month and therefore they have know learned the art of eating their slices in the most exquisite way.

Let’s see what did these 5 people do, and let’s call them Ann, Brian, Cecily, Dan, and Esmee.

Ann now knows how to eat Tiramisu and that is served cold with cacao particles on top.

Dan now knows that Apple Pie should be served fresh from the oven.

Esmee too knows that Raspberry Cheesecake is best served cold.

This knowledge come from their expertise in eating that specific dessert 12 times a month. They have in fact specialised.

We are getting there.

If each of them ate different 2 slices of cake each time, none of them would have a chance to learn the art of eating that specific one.

We wanted to start with a really simple example for us to highlight the importance of individual specialisations. Now we are going to explore Belbin’s 9 Team Roles and deepen that concept into Team Management.

What are the 9 Belbin’s Team Roles?

“Based on the copyrighted Belbin’s 9 Team Roles Model.”

Before we begin, these are Belbin’s 9 Team Roles:

We are now going to see how each role functions in the team dynamic, we are going to list down Strengths and “Allowable Weaknesses”.

We can think about this role as a “Mind” of the Team. The role of the Resource Investigator is to find adeas for the team to benefit from!

Team Worker is the “Gel” of the Team. By being versatile, they identify the tasks and work to be done in order to finish a project and they complete it with an unbeatable Team Spirit!

Coordinator focuses on the Team’s or Project’s objectives by selecting the members and delegating the workload!

You can think of Plant as a Seed. The Seed is Highly Creative and is capable of solving complex problems in Unconventional Ways!

Monitor Evaluator is the objective spectator of the Team. By keeping their eyes wide open, they identify Team’s current options in a realistic way and they are also required to make impartial judgements when it is necessary!

Specialist specialises. They bring the specific in-depth knowledge that is beneficial to the team, similar to the dessert example above!

Shaper is the monitor of the Team’s Momentum! They basically help keep the Team Spirit and Drive necessary steady in order to succeed in a task or the overall project! It would not hurt to say that they are the Safety Belt of the Team!

Implementer is naturally tasked to come up with effective strategies and put it on track as soon as possible!

Completer is the Critical Evaluator/Editor of the Team. They judge the success of tasks harshly and polish the final outcomes of the project or Team. They are the determinate Perfectionists to say the least!

There are some key points here, that we should emphasise.

As the theoricians themselves state, the theory does not mean that each team has to have 9 people. Once again, according to the constructors of this theory most people will or might have 2 or 3 Belbin Team Roles at the same time.

2. All roles are not needed at all times

It is important to build the invemtory list according to the objectives of the team, project and the tasks. However, each Belbin Role has its own strengths and weaknesses. For this reason, they are of equal importance.

“Managers can put together great teams, enhance the performance of existing ones, and ensure that everyone feels that they are making a difference in the workplace.”

3. All roles do not require to work simultaneously

No. As we discussed above, each role is important with its own uniqueness. Therefore, they can be utilised when necessary.

4. The roles are not stable, they change over time.

Just like everything in life, Belbin roles may change over time. With different experiences in the work place, the strengths and weaknesses of the team members can and will change. They will begin to feel comfortable in different roles other than their first assigned ones.

How do you find your own Belbin Role?

“The only sanctioned way of finding out your Belbin® Team Role strengths and weaknesses is by completing the official Belbin® Self-Perception Inventory online, and receiving a Belbin® Individual Report.”

In this article, we’ve utilised 9 Team Roles of Belbin and furthermore, we explored each role’s strengths and weaknesses objectively. Furthermore, we saw that a Team does not require 9 members for each role and that each role is critical for the Team to succeed in their project.

Just for now, that is all from us.