VPNs are great. They allow you to access restricted content and websites while protecting and encrypting your data and providing privacy. They even help you work from anywhere in the world. But if you have ever used a VPN, it doesn’t matter which one, chances are you’ve experienced this one problem: a slow VPN speed.

VPNs are inherently complicated tools and despite claims to the contrary, every VPN experiences speed issues now and then. That’s just the reality.

But if you’re using a VPN that is causing a major drop in your speeds without no obvious reasons, then something is wrong and the issue needs to be looked at.

If you’ve been experiencing slow VPN speeds consistently, despite using a paid VPN and having unlimited bandwidth, then this blog is for you. We will consider factors that slow down a VPN’s performance and what you can do to fix it.

If you’re still not satisfied, just for your info, there are some VPNs like the ones recommended by VPNRanks can, in fact, boost your internet speed to a significant degree! These VPNs maintain a healthy balance between speed and security so that you can get back to streaming and browsing in peace.

Anyways, here’s what you can do to make your slow VPN faster:

3 Fixes (& An Alternative) To Speed Up Slow VPN

Before we begin with the fixes, we must first consider whether your VPN is the problem or if it’s your entire internet connection as the internet speed matters. So, the first thing you should do to detect this is to go to speedtest.net. Here you will perform two tests: One with your VPN deactivated. One with your VPN activated.

Here are some solutions:

This might be a problem because there are times when a server becomes slow, either due to no maintenance or because too many users are using it at any moment in time. In this case, disconnect your VPN and either switch on the auto-connection feature or manually select a different server in your target region and connect your VPN.

Once you’ve done this, you should be good to go and you should not be experiencing slow speeds anymore. If the issue persists, look at solution number two.

We don’t recommend this method if you are a complete novice and have no idea of how a VPN works. So, use this method carefully. But sometimes the VPN settings can be an issue. So, here’s what you should do. Open your VPN app and simply click on settings.

From here, you will want to go to the security panel and click on encryption. If the “256-Bit AES encryption protocol” is selected, we recommend switching it to the “128-Bit AES encryption protocol.” Don’t worry, you aren’t downgrading your VPN’s security, the 128-Bit option is just as secure. 256-Bit is such a heavy security protocol that sometimes the target server can have issues decrypting it, which can slow your internet speed.

Next, in the protocols options, if you see the option for “Wireguard” and it isn’t selected, click on Wireguard and make it your default protocol. This protocol was recently developed and it is designed to enhance VPN speeds, so you should select it, even if you aren’t having issues with speed.

Again, have caution when messing with these settings, especially if you don’t know what you are doing. But there are some other protocols that you can modify. By default, any VPN will be using OpenVPN (and if you are a beginner, we recommend keeping OpenVPN as default) but OpenVPN, while secure, can lean towards the slower side.

Instead, you can switch the protocols to PPTP, L2TP, and IKEv2. These protocols are great for enhancing speeds but they are not as secure as OpenVPN, which you should keep in mind when making the switch.

If you are a beginner, then we recommend simply switching your data transfer protocol from TCP to UDP. TCP is a lossless protocol but it takes longer to transmit data. With UDP, there is some packet loss but it is generally considered faster.

Not every VPN is perfect. Sometimes a VPN has depreciated in quality and it is time to make the switch. If you feel like after doing everything, your VPN is still sluggish and not performing up to par, then you should take a look at other VPNs that might be offering better performances. That’s why setting up a quality VPN like ExpressVPN or Surfshark can also prove to be a solution. 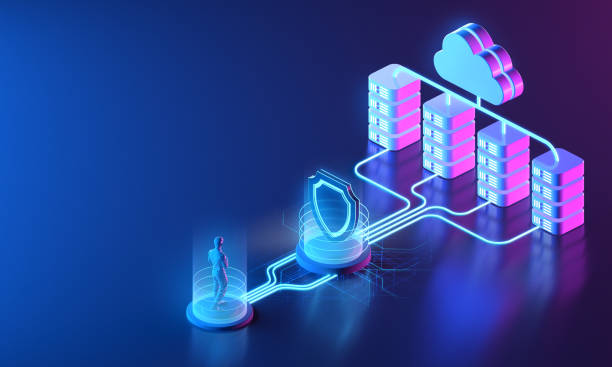 At the end of the day, all the security and privacy of a VPN are useless if they can’t provide you with speed. So, use these methods to fix the issue and you’ll be back to browsing freely and speedily in no time.