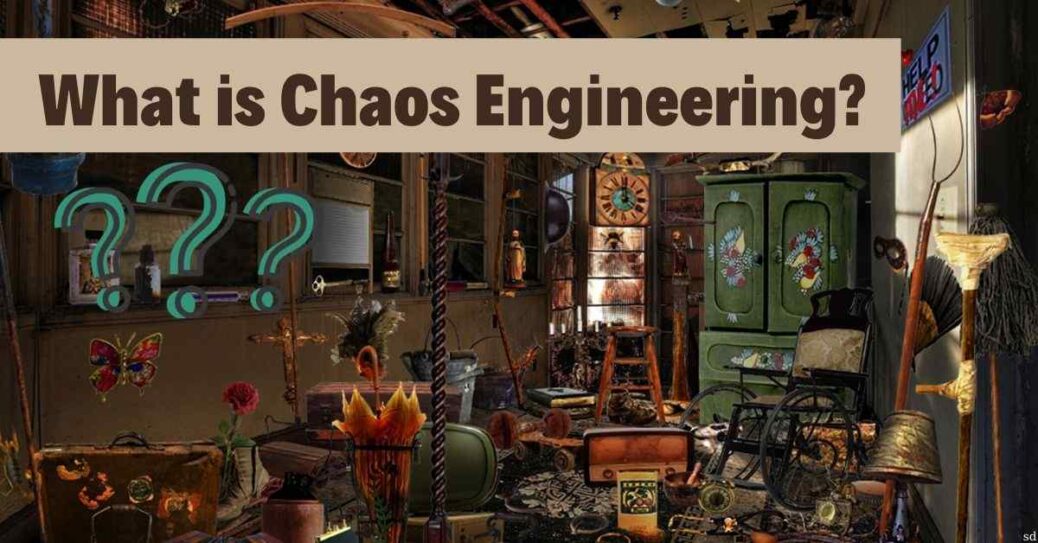 What is Chaos Engineering?

According to the principles of chaos engineering, a chaos experiment comprises four steps: identifying a “steady state,” developing a hypothesis, adding real-world events, and observing the results of the experiment.

To test a distributed system and identifying flaws, chaos engineering experiments purposefully produce turbulent circumstances in the system. The following are some examples of difficulties that a chaos experiment could uncover:

The glitches or other faults that might cause software to malfunction that are not clear.

The situations where efficiency and performance might be enhanced, or “performance bottlenecks.”

Increasing numbers of businesses are migrating to the cloud or to the enterprise edge, which means their systems are getting more dispersed and complicated. We may make a similar statement regarding software development approaches that place a strong emphasis on continuous delivery.

Those development methods are becoming progressively sophisticated as well as time passes. Because the complexity of an organization’s architecture and the methods for functioning within that infrastructure increases with time, the requirement to adapt to chaos increases as well.

How Does Chaos Engineering Work?

As the name implies, chaos engineering is the study of situations that have a clear endless number of probable causes. This approach goes beyond the apparent challenges and evaluates distributed systems against problems or groupings of problems that are less likely to occur in the real world. The ultimate aim is to gather new information about the system and its workings.

The principles that follow represent an ideal application of Chaos Engineering, as it applies to the procedures of experimentation that have been detailed. The degree to which we follow these rules is inversely proportional to the level of trust we may have in a distributed system operating on a large scale.

Build your Hypothesis Around the Stable State Behavior

Put more emphasis on the observable output of a system rather than on the system’s inherent characteristics. Over a short period, measurements of that output can approximate the steady state of the system. The throughput of the system error rates, latency percentiles, and other metrics that describe steady state performance might all be important to monitor. When conducting experiments, Chaos instead of trying to validate how the system works, focuses on systemic behavior patterns to verify that the system really works.

Chaos variables are a representation of real-world occurrences. We should prioritize events based on their potential effect or projected frequency. Events that correlate to hardware failures such as servers dying, software failures such as malformed answers, and non-failure events such as a surge in traffic or a scaling event are all examples of failure events. In a Chaos experiment, each event that has the potential to disturb, we consider the steady state a potential variable.

Systems respond in a variety of ways based on their surroundings and patterns. Because the behavior of usage might vary, sampling real traffic is the only way to accurately record the request path at any point in time. Chaos strongly likes to experiment directly on live production traffic in order to ensure both the authenticity of the the system. And the applicability of the experiment.

The manual process of conducting trials is time-consuming and eventually unsustainable. When chaos engineering is implemented, it allows for integrating automation to drive both orchestration and analysis.

With manufacturing, experimenting with new processes has the potential to generate unneeded consumer frustration. It is the job and task of the Chaos Engineer to guarantee that the fallout from experiments is minimized and contained, although some short-term negative influence must be expected.

Chaos Mesh is an open-source cloud-native tool exclusive for Chaos Engineering. It is available for free download. Chaos Mesh assists businesses in identifying system irregularities that may emerge throughout various phases of the development, testing, and production stages by utilizing a variety of fault simulations.

An open-source chaos tool initially developed by Netflix engineers; Chaos Monkey is a popular choice among gamers. It assisted them in testing the dependability and robustness of their systems once they moved to the AWS cloud. The program performs its tasks by implementing a series of unexpected attacks in a continuous loop. Chaos Monkey employs the fundamental strategy of terminating one or more virtual machine instances, which is the most fundamental of all.

Chaos Monkey’s configurability makes it simple to schedule tasks and keep track of their progress. With a web-based user interface, the Chaos Dashboard, Chaos Mesh is an open-source tool. And it can intergate into DevOps workflows to identify potential areas of vulnerability and timeouts. Using chaos experiments in Kubernetes settings, Chaos Mesh can maintain high levels of robustness. We may use a variety of failure simulation scenarios in a distributed system, and it can do so in different situations.

Gremlin is the world’s first hosted Chaos Engineering solution, designed to increase the stability of web-based services. It is a SaaS (Software-as-a-Service) solution that may assess the robustness of a system by employing one of three different attack types. In order to determine which form of assault would yield the best results, users must offer system inputs to the system.

Chaos Engineering is such a sound approach. Hence, it is already transforming the way software at some of the world’s most large-scale organizations. Other methods deal with the velocity and flexibility of distributed systems; Chaos is concerned with the systemic unpredictability of distributed systems. The Chaos engineering princples instill faith in the ability to innovate swiftly at enormous sizes. And they deliver consumers with the high-quality experiences that they expect.