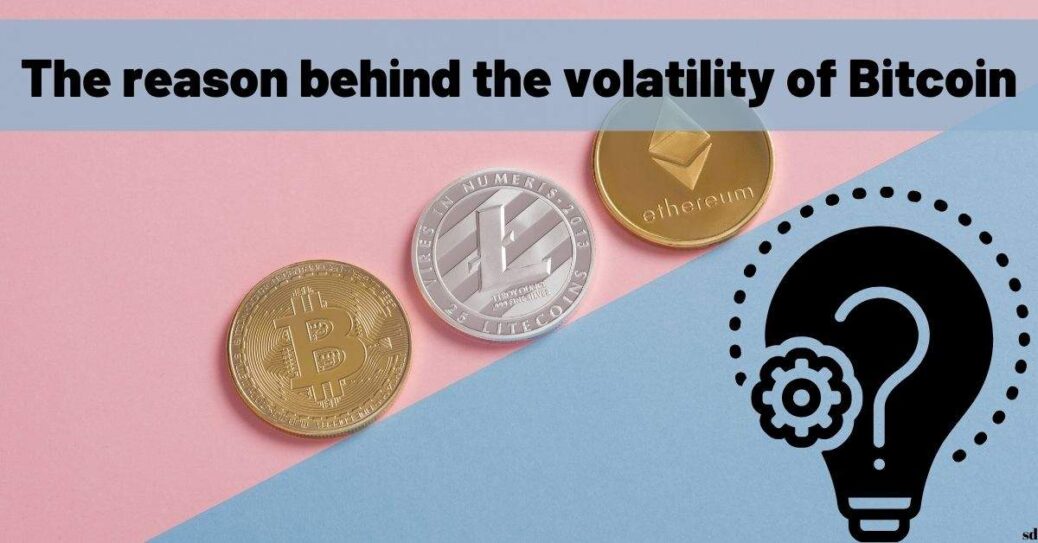 The Reason Behind the Volatility of Bitcoin

Which global phenomenon is the one that has reshaped the world radically over the past few years? For most of us, the answer to this question is pretty easy, as the global pandemic has impacted every single of us radically while transforming the way of our lives. However, if we can overlook the impact of pandemics across the globe over the past couple of years, the next phenomenon that not only broke the mold but also has the potential to transform the future already would be blockchain technology. The majority of the world got introduced to blockchain technology through cryptocurrencies that are getting ready to replace fiat money. However, the fact that the most famous cryptocurrency of all time, Bitcoin, is constantly making headlines for being so “volatile” does not exactly contribute to the reputation of this novelty. In fact, Bitcoin volatility might be the greatest threat to the cryptocurrency’s prestige in the market, even though many do not even know the volatility definition.

What is volatility? Volatility definition is the liability to unpredictably change, which perfectly summarized the situation with Bitcoin. Normally, in usual markets volatility is measured through Cboe Volatility Index (VIX). However, due to their extreme situation, the world of cryptocurrencies required a volatility index of their own, the most popular of which is the Bitcoin Volatility Index (BitVol). Considering the fluctuating past of Bitcoin, we are not surprised to see the popularity of BitVol.

The latest case of the volatility of Bitcoin took place back in Oct. 2021, during which the Bitcoin market shrank from $1.25 trillion to $931 billion. This Bitcoin crash took place just a few months after the scandalous Bitcoin price drop in May 2021, in which the cryptocurrency decreased in value by 30%. And yet, these cases are not extreme when it comes to Bitcoin since the past of the cryptocurrency is filled with similar sudden devaluations that no one could predict and millions have suffered afterward. For instance, back in 2017, the year during which Bitcoin arguably had gone through its golden age by reaching its peak at the time, $20,000, the cryptocurrency market plunged by about 84%.

That being said, Bitcoin is not alone when it comes to defining volatility all over again. Cryptocurrencies, in general, are regarded as volatile since they are still new to not only us but also the market that requires many to experiment with them and by doing so fluctuate its prices. Still, Bitcoin takes the lead as far as volatility is concerned, which is why unraveling the reasons behind its specific situation is highly important.

Buying Bitcoin is not enough to increase its value. Not only the number of people who have Bitcoin but also to what purposes they use those Bitcoins matter when it comes to determining the price of Bitcoin. Unless Bitcoin is used in daily transactions from purchasing things to making investments, its price is bound to fluctuate by the volatility definition. The more people use Bitcoin in replacement of fiat money, the more stable the price of Bitcoin market volatility gets.

There are only a limited number of Bitcoins, causing Bitcoin volatility

Bitcoin does not have an infinite amount of supply. This is not a surprise since no form of currency has infinite supplies. However, the number of Bitcoins that will ever be supplied is pre-determined as 21 million, which means that no one can mine more Bitcoins once the number of Bitcoins in the market reaches 21 million. Therefore, Bitcoin is doomed to be scarce. The more people participate in the market, the more valuable Bitcoin becomes. This inelasticity differentiates Bitcoins from other currencies when it comes to their market value and stability. As a scarce currency, Bitcoin is more likely to get the highest values, from which the falls become more devastating.

Bitcoin has no central authority

The fiat money currencies have a central authority, often the central banks of their specific country, that regularly intervene to keep the money’s values on track while determining the supplies of the currency. Bitcoin, on the other hand, is a decentralized form of currency just like every other cryptocurrency. Since it does not have a central authority, it is immune from any regulation that will determine its value, control its supply, or stabilize its volatility. It can be even said that Bitcoin market volatility is the cost of demanding a more democratic, free currency that applies to everyone.

It is not news to hear that media is the most powerful in shaping our point of view. This situation is valid for cryptocurrencies, particularly Bitcoin as well. Whenever a state, such as China, announces that it will forbid some form of Bitcoin usage or a prominent figure, such as Elon Musk, suggests that they have made a radical change in their Bitcoin policy, the cryptocurrency is immediately influenced by it, witnessing extreme volatilities.

Since Bitcoin does not have a concrete presence and thus intrinsic value, its price point is heavily dependent on sentiments. This means that whenever people’s sentiments toward it change, its market value and price change as well. Not only traditional media but also social media is highly impactful when it comes to shaping sentiments, which makes Bitcoin the number one victim of sentimental change.

What to expect in the future?

Due to its nature, Bitcoin is not likely to be any more stabilized soon as volatility definition also limits it. However, people who are participating in the Bitcoin market will certainly have an easier time adjusting to its volatilities. In other words, the volatility of Bitcoin will get better in time. That being said, it is important to keep in mind that when it comes to Bitcoin, and all the other cryptocurrencies for that matter, the crucial thing is to play the long game to survive the volatility.