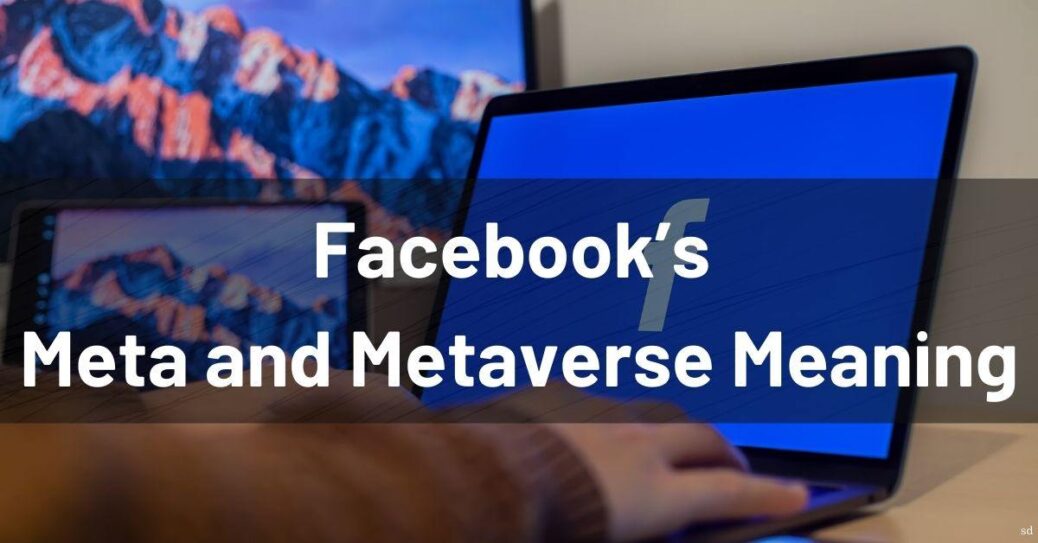 Last week, the scandalous genius of our times, Mark Zuckerberg, shocked the entire world by rebranding the Facebook company under the name of “Meta,” the shortened version of Metaverse. The concept was new to many as they are not familiar with the Metaverse meaning. However, in reality, Zuckerberg was mentioning it quite often over the past year, signaling that there is something big happening in the world of technology, and the Metaverse champions are the key concept in this transformation.

Zuckerberg was not alone in realizing the potentials of the Metaverse and adapting to it as quickly as possible. There are already multiple Metaverse champions with a major market value. For instance, Fastly is focused on the infrastructure element of the Metaverse and already has a $6.3 million market value. Roblox, on the other hand, is a virtual platform and has a market value of $47.5 billion. “What about Meta?” you may ask. Well, since the company is built on the already existing Facebook foundation, it heretofore has the $934.3 billion market value and is focused on the hardware and apps sector.

We should get used to Metaverse meaning since it is a term we will hear a lot more often shortly. It is also clear that the technology we know and are familiar with today is on the way to being dramatically transformed. At this point, the only thing we get to do as the consumers of the various tech initiatives is to adjust to it so that we may get the spirit of the time.

What is Metaverse meaning?

Even though Metaverse champions have managed to be a common world among the public just recently, the term is far from being a fresh one. The term consists of the words “meta” and “universe.” Meta means “beyond” in English, so that the Metaverse meaning is signaling at a place beyond the universe. If this sounds highly out of this world to you, well, you are not wrong. Still, this place is not in a galaxy far far away. Instead, it’s here, with us, but can only be reached through certain equipment that would lead you to a different realm in a sense. This realm is a virtual one that is based on decentralized technologies. That is to say, in this realm, anything and everything can be traded between the participants of the realm, mostly thanks to blockchain and cryptocurrency technologies.

That being said, there are two main types of Metaverses, both of which focus on different points. The first one is highly centered around cryptocurrencies as the NFTs take the major part of the realm. The second one, however, is more focused on the concept of virtual reality and enables individuals to interact in the realm via their personalized avatars. these two concepts are not mutually exclusive and are functioning together as well. in achieving either of these realms, having virtual and augmented reality technologies is the key factor.

These technologies enable the participants to enter into the realm whenever they want as the Metaverse never shuts down and is always available for our access, as long as there is the necessary equipment such as the internet connection, and decentralized ledgers. Theoretically, there is no cost to access a Metaverse meaning once you meet the necessary conditions. Nevertheless, to have a proper Metaverse experience, one needs some crypto tokens in his/her wallet so that he/she can engage in interactions within the realm. Therefore, certain Meteverses require their participants to have specific cryptocurrencies to be used in the realm. such as the Decentraland’s MANA.

Metaverse rises: from sci-fi to reality

The origins of the Metaverse go back into the sci-fi novels of the 20th century that implanted the idea of an alternate reality for the first time. Richard Garriott has beaches the specific name that introduced the term “avatar” back in 1985. in 1992, Neal Stephenson contributed the idea by using the term “Metaverse” in the novel “Snow Crash.” These concepts inspired the scientists and tech saviors to work on these ideas to make them true. Naturally, for the past 30 or more years, the world is preparing itself to have a Metaverse – and maybe even multiple ones – that will take us from our reality and put into a virtual one.

Steven Spielberg’s 2018 movie Ready Player One, however, has been the one that triggered many as it portrayed how a Metaverse looks in a highly broad and understandable way. In the dystopia sci-fi movie, the people were using the virtual-reality tools to access a Metaverse meaning in which they operate through their avatars and live a completely different life that keeps them away from the horrors of the modern day. Even though Metaverse is technically a game, the options in the realm are endless. One can even make a living by earning money within the Metaverse, which is something the Metaverses of real life are also starting to offer to their participants.

For a Metaverse to operate truly, the presence of cryptocurrencies is a necessity since they allow the players to have virtual transactions that have a real-life value. Since a Metaverse is an open-source concept, it allows the transactions to be not dependent on any centralized system, making the items sold or bought valuable outside of the realm as well, while ensuring the notion of true ownership thanks to the perks of cryptocurrency.

Meta and future of Metaverse

Even though we still yet to have a Metaverse just like the one in Ready Player One, which is one single entity that can be accessed by anyone and everyone in the world, multiple Metaverses are currently working on perfecting their systems. Some of these Metaverse champions are Decentraland, Treeverse, and Axie Infinity.

There is a chance that Facebook’s Meta can be the one that reshapes the sector and manages to come up with a Metaverse meaning that outdistances itself from its rivals. Considering Facebook’s and Zuckerberg’s controversial past, we are not sure how reliable that Metaverse can be. Nevertheless, whether we like it or not, Metaverse is here and about to be ready for our consumption, with the potential to transform our lives.