Arrow diagramming method (ADM) is a network diagramming technique in which activities are represented by arrows.[1] ADM is also known as the Activity-On-Arrow (AOA) method. It has been used a long time to determine the critical path and identify resource problems and feasible solutions when the approximate duration and resource requirement of all the activities of the network diagram are known. In this Arrow Diagramming Method Example we will discuss the uses of arrow diagram and demonstrate the critical path calculation.

The following example shows a simple Activity on Arrow Diagram. 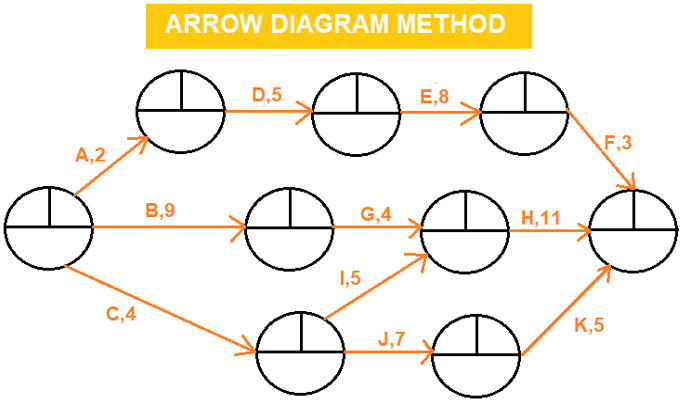 In this example A,B,C,D,E,F,G rows are representing the activities. Numbers above the rows are activity durations. As shown in the schema above, in Arrow Diagramming Method(ADM), only F-S Relationship is used to link activities. 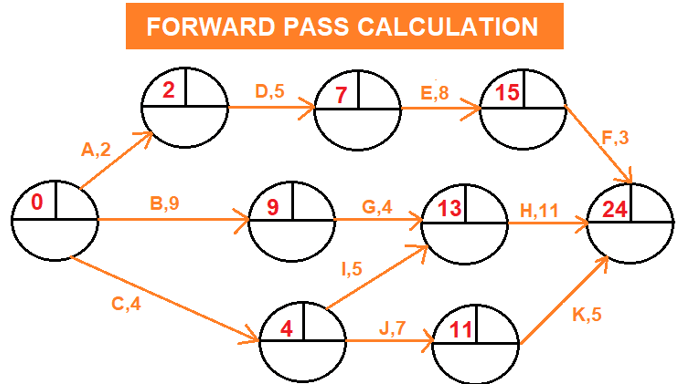 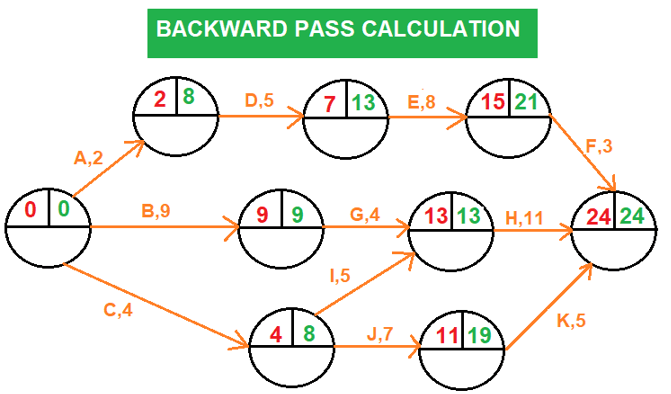 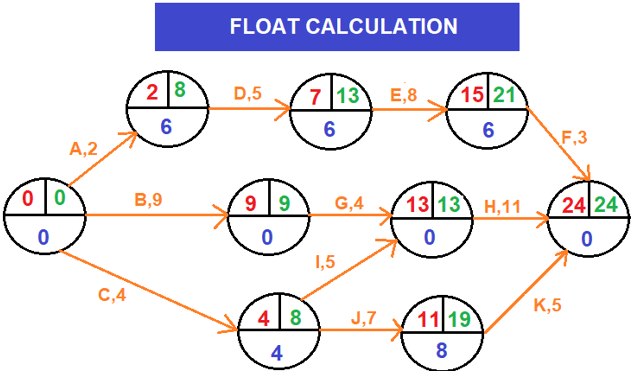 Float can be calculated by subtracting the Start Date of an activity from its Finish Date. 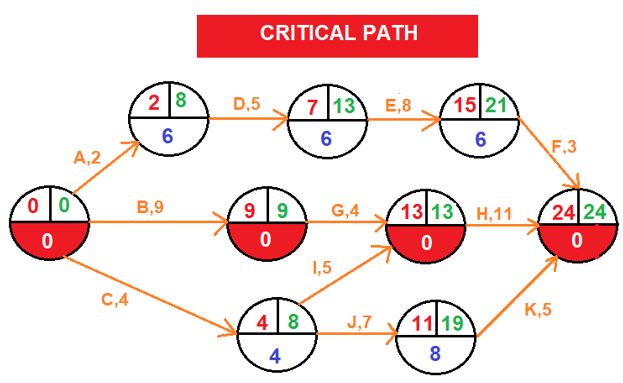 The Arrow Diagramming Method (ADM) and The Precedence Diagramming Method (PDM) are two network scheduling techniques. The first one is the traditional one used widely in the past. The second one is the current method that we are using widely now. In this simple arrow diagramming method example we show how to make forward, backward, total float and critical path calculation. Nowadays the arrow diagramming lost its popularity because of the introduction of software solutions but in order to use this software successfully, it is important to understand both scheduling techniques.