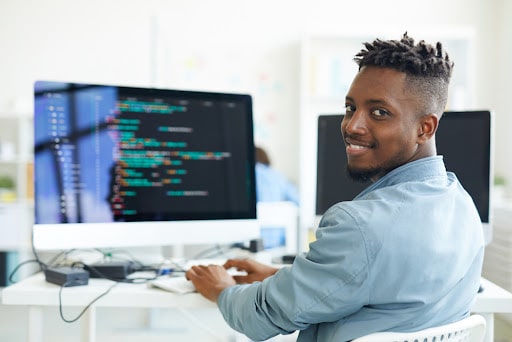 The world of software development is one that rapidly changes as digital technologies continue to advance, making it one of the most exciting markets with many lucrative opportunities that can be explored. In the last couple of years alone, software developers have played a huge role in bettering society by doing everything from building apps for boosting workplace efficiency, to tracking social distancing and monitoring patients in hospitals. If you are considering a career in this fast-developing field, now is certainly a great time to hop on the bandwagon.

So, where will software and technology take us in years to come? Today, we share 5 top trends in software engineering that are worth keeping an eye on in 2022 and beyond.

As the world of technology quickly advances, software developers are becoming increasingly mindful of the need to provide an exceptional user experience for customers. Whether it is developing mobile apps, automated software or web interfaces, understanding how to deliver a seamless experience is key to successful software development.

As such, there has been an increased emphasis on the concept of design thinking. But, what is design thinking? To put it simply, it is a framework that puts user needs at the core of any product development; this is also known as a ‘user-centric approach to design’. Generally, the design thinking approach involves looking at an existing product or software and analysing opportunities for improvement in a bid to make it more user-friendly.

For many leading companies, building strong relations with customers and optimising UX is key to long term success. Due to its innate ability to align business objectives with user needs, design thinking is now a vital element in the majority of software development projects today. With this in mind, budding software developers are likely to have a lot to gain from engaging with design thinking as they hone their development skills.

Although this next one isn’t an emerging technology, data collected surrounding user demographics reveals that Python is certainly a growing trend that’s likely to shape the next generation of software developers. As you may know, Python is a computer programming language that’s often used to build websites and software, and to fulfil functions such as automating tasks or conducting data analysis. Since 2017, Python has maintained its status as the most popular programming language in the world, followed shortly by C, C++ and Java.

Introduced in 1991, Python has become one of the most preferred languages for start-ups, developers, and transnational software companies for several vital reasons. For starters, Python’s simple, easy to learn syntax emphasises readability and therefore increases the accessibility of coding as a discipline, alongside also reducing the overall time and costs required for program maintenance as well. Both of these benefits are the reason why some of the world’s largest programs have actually been built on Python, including Dropbox, Pinterest, Spotify, Facebook, Reddit, Instagram and more.

But it’s not just big name developers who are using Python. In fact, recent data collected by Stack Overflow has revealed that the majority of coders using Python are actually aged between 21-29, pointing to a strong likelihood that Python will be the coding language that new generations of software developers are trained to use. For this reason, programmers of all levels (budding, or veteran) are encouraged to add Python to their skill set, if they haven’t already.

In this age of automation, the sheer potential of artificial intelligence to help streamline organisational processes and perhaps even boost cybersecurity, definitely has not been lost on virtually all industries. Tech industry experts themselves believe that due to acceleration of digital transformation trends, artificial intelligence is positioned to completely transform many industries from banking to retail, and food technology to healthcare, all in a few short years.

According to Markets and Markets, it is forecasted that the global AI market will reach over $407  billion USD by 2027. AI already plays a huge role in many industries – from virtual staging in interior design to clothing ‘fitting rooms’ powered by augmented reality (AR) and virtual reality (VR) in retail. With other industries such as the creative arts and content generation also exploring the power of AI, its development over the next few years is set to be an absolute game-changer.

And with the introduction of malware that’s capable of machine learning and pattern recognition, cybersecurity experts across the globe are confident that AI can also play a monumental role in combating computer viruses and other forms of malware that are capable of practicing the same dynamic patterns that are being used by smart hacking machines. Talk about an ‘AI for an AI’!

Another familiar player in the world of software engineering is blockchain technology. By definition, blockchain technology is an advanced database mechanism that allows transparent information sharing within a business network. This technology allows for secure, transparent, and tamper-proof digital transactions, which is why it is so widely used in software development to create trust between parties involved in the process and to track changes made to codebase.

While the benefits of utilising blockchain in sectors such as finance and banking seem obvious, there are a host of other industries that can also feasibly put this technology into effect with fantastic results that can be sustained over the foreseeable future. Some industries where we’ll be likely to see blockchain technologies implemented include logistics, healthcare, insurance, agriculture, real estate, manufacturing, and stock trading, just to name a few.

Last but not least, one of the biggest up and coming trends that is predicted to dominate the development world is low code or no-code development. It is no secret that both web and software development are incredibly complex, especially if businesses or newbie developers have little to no background knowledge in programming. Low code and no-code approaches aim to bridge this gap by offering a new approach to designing and developing applications that doesn’t require any coding or knowledge of programming languages. Part of the self-service movement, this type of software is quickly empowering businesses and users to create, manipulate, and employ data-driven applications to do their work better.

Moreover, in an age where the demand for software far exceeds the supply of coders, no code development tools are helping an increasing number of businesses escape the growing skills shortage. Businesses and individuals are now able to build websites, apps and interfaces via ‘drag and drop’ elements that have been coded for reuse and scale. No code platforms utilise declarative UI describing what the user should see, rather than focusing on building structure using backend development coding processes.

In a nutshell, low-code and no-code development can translate into easier, faster development for businesses, without the exorbitant costs associated with hiring a developer.

And there you have it — 5 top trends in software engineering that are certainly worth keeping an eye on in 2022 and beyond. The coming year of 2023 will see all the above trends accelerate as the software industry develops increasingly sophisticated solutions to benefit businesses and users all over the globe.

What are some of the top software engineering trends that you’re excited to surveil over the next year? Be sure to share your thoughts in the comments section below!