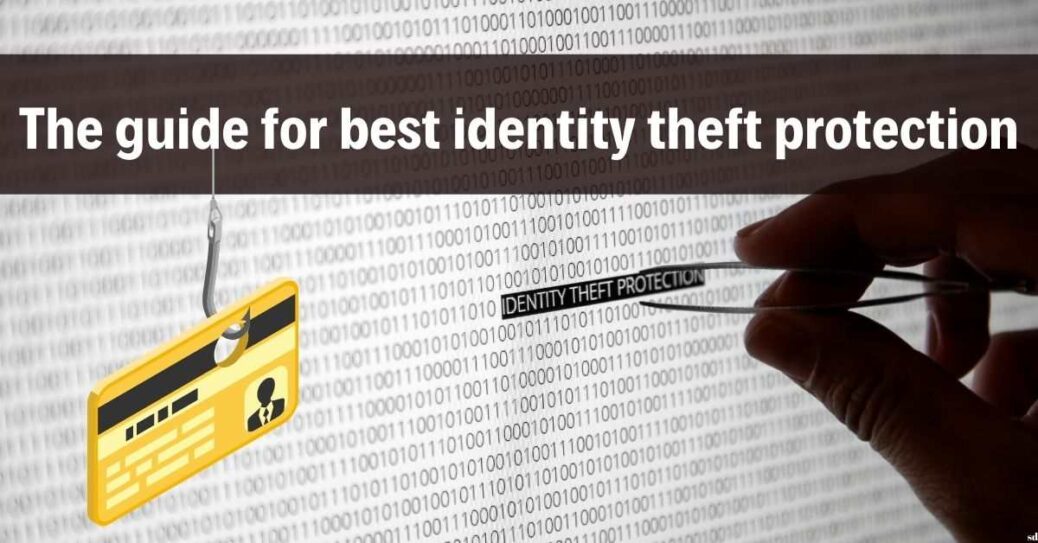 Modern life surrounds us with amazing technologies, interconnectedness, and globalization that sometimes feel like we are in a science fiction novel. While all these usually are considered as positive developments since they make our lives easier than ever in human history, they also come with a cost. The loss of privacy and endless sharing of personal data can be considered as the biggest cost that most of us have to pay for the sake of a more comfortable life since most people are oblivious about identity theft definition. That being said, some of us are forced to face the extreme cases of this situation, as their identities are being stolen due to several unfortunate circumstances. Therefore, finding the best identity theft protection is crucial in surviving these seemingly easy but also extremely tricky times.

Identity theft definition can be summarized as the stealing of personal data without the permission of the person in question. It is seen as one of the biggest crimes of the modern-day as preservation of personal data gets more difficult each day since we constantly share ourselves and data about ourselves online. The thief can use your data for many things, from stealing your money to impersonating you. All sizes of identity theft are highly serious since it might cost you major monetary losses, as well as others including degrading of reputation in extreme cases.

In 2020, there have been dozens of security breaches, 58% of which were including personal data leaks. And yet, very few people felt the need to check whether they have been a victim or not. Only 64% of Americans looked up to see if their information was also leaked in any of these breaches. These statistics prove that there is very limited awareness of identity theft and its dangers of it, meaning the best identity theft protection is something that is required by millions of people who mostly are oblivious to the issue.

How can someone steal my identity?

Identities can be stolen in multiple ways. Some of these ways are too easy in a way that it is scary. Even though identities are being stolen for decades, modern technology has provided new and easier opportunities to the thieves. The traditional ways of stealing personal data include stealing mails, wallets, purses, and duplicating credit cards.

Online identity theft is a little bit more complicated than traditional identity theft in the sense of having much more methods to utilize. The first method is phishing scams. These scams involve someone deceiving you by claiming that your account is endangered by sending you an e-mail or text message. In some cases, they might even call you. Then, they lead you to a phony website or a phone number to be further manipulated into providing your financial information for the sake of preserving your account.

Another online identity theft method is malicious software also known as malware, which is tricky to survive. This software often finds us whenever we click into a pop-up window or open an unknown e-mail attachment. These types of suspicious files may install malware to your computer or phone without your knowledge and steal your identity, which proves the necessity of best identity theft protection.

Data breaches are also very common among identity thieves since they tend to hack databases of mostly public institutions including hospitals and government branches. However, they can also hack social media websites as well as private companies including insurances, which have your data.

Now that we mentioned social media, it is crucial to underline the dangers of oversharing when it comes to online identity theft. Any personal information you share on social media can be stolen by identity thieves easily, which is why one of the best identity protection is to know how to limit yourself and be careful when it comes to things you share online. The children and the elderly are the two groups that are most vulnerable to identity theft by definition.

What is the best identity theft protection?

The first and perhaps the most important precaution when it comes to having the best identity theft protection is to install strong and updated security software on both your phone and computer. This software protects your devices from outside attacks and disables any malware from stealing your identity.

Another important precaution that you can take is to beware of the spam and scams online. Since they are quite difficult to spot, you may choose a more laical but influential tool and stop clicking on any link that is sent to you through e-mail. Instead, you can look up the website in question online and directly contact it. Using strong passwords is also crucial since weak passwords make the job of thieves too easy. Especially using the same password everywhere can be dangerous since one breach would lead to multiple breaches that would be difficult to prevent and survive.

Freezing your credit is also an effective option as the best identity theft protection. Since thieves often use your stolen data to open new credit, you may prevent them beforehand by freezing your credit and disabling any further credit openings by doing so, which makes it easy to survive.

Last but not least, in the global world where online shopping is gradually replacing the traditional way of shopping, everyone must shop from the websites they trust. Websites that have a good reputation or use methods such as 3D secure when purchasing the products can be a reasonable way to go to minimize the risk of identity theft.

How will I know if my identity is stolen?

Normally, it is not very easy to realize when your identity is stolen since no one considers this not even as a situation that can find them as even the identity theft definition is not known by most people. However, in case of major identity theft, or extreme cases such as impersonation, the Interior Ministry of your country is likely to inform you on the matter and enable you to survive it with minimal cost. Other than that, any suspicious activity on your bank account or notification on insurances or debts that you are unfamiliar with can be a sign of identity theft.