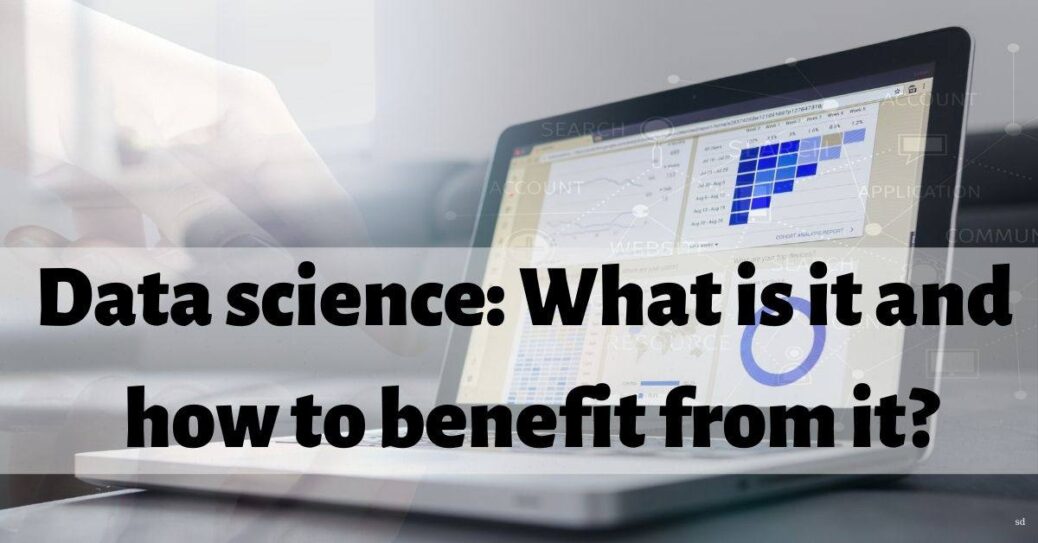 Data science: What is it and how to benefit from it?

In the business-oriented world of ours, there are few things more important than being able to extract reliable and accurate insights from the data we have. Unfortunately, as the world expands, the number of people increases, and fields that require information on those people rise, the data itself also enlarges to the point that it becomes too overwhelming to deal with it. Fortunately, though, there is an interdisciplinary field that is highly helpful in extracting analysis from the raw data: data science. With many jobs related to data science and the overall move towards the field, there is no excuse to be oblivious to this unique discipline anymore.

What is data science? Data science is the field that enables us to tackle a business issue by turning it into research that is based on mathematical statistics that extract information from large-scale data. And yet, the job of data science does not end there as it has to turn the information it gathered into an analysis that will be useful in solving the business issue that lead to the project in the first place.

It should be underlined though that the macro-level insights that the data science comes up with are usually not answers that are suitable to be put into action instantly. Rather, data science provides us with potential ventures that will probably be on-trend shortly in answering our issue. It determines unique patterns, connections, and repetitions in the given data and then tries to come up with the ultimate way that will lead the researcher to the solution eventually.

Perks of data science in business

In this respect, data science presents itself as the basis of modern machine learning since it is the one that enables the systems to explore the data, and then come up with insights. As mentioned above, data science is an interdisciplinary field that is benefiting highly from other areas such as computer science, statistics, and, of course, artificial intelligence.

These days, it seems as if almost every business sector utilizes data science one way or another since the field has proved itself to be highly useful over the past few decades. Employers are ready to hire candidates with a data science degree. It is clear that without the data, the businesses are blind since they are unaware of who to provide what due to the lack of information on the market. Therefore, some refer to the data itself as the “oil of the modern ages” that can either make or break your business.

So, where can we use data science exactly? First of all, data science can be utilized in determining frauds. Although machine learning is the one that does the business of detecting frauds in the end, data science is the one that makes it possible in the first place. Besides, it protects entrepreneurs, business owners, and businesses in general from losing large amounts of money by investing in ventures that are doomed to fail. Since data science reads the market and people, it can quickly determine what has the potential to be a hit and what has no chance of surviving at all.

This feature of data science also enables businesses’ decision-making processes to be faster as the insights on the data leave little to no room to discuss since they are highly reliable most of the time. It also turns your business into a personalized experience for each one of your customers since the data science determines which product or service is the right one for the which type of customers and by doing so avoid customer dissatisfaction.

These are only some of the advantages of data science since the field is larger than the universe and can adapt to dozens of sectors without any issues. One of the biggest areas that are heavily benefiting from data science is the online search engines such as Google. The search engines are relying on data science in anticipating the search esteems based on mainly the entries, and the recommendations. Another area that data science carries critical value is retail since the discipline allows businesses to find the right target group and thus, enables them to come up with the right strategy to sell the right products to this specific determined group.

A model server is a generic framework for serving models. The idea behind a model server is to provide a central place for model training code to send models and have them served by a single endpoint.

A pytorch implementation of the model server can be found in this repository.

Main components of the field

To accomplish all these, data science is benefiting from multiple components that usually have their sub-disciplines apart from the data science itself. The first of these components is statistics, which is perhaps the most important element of the field. Statistics is not only collecting the data but also analyzing it through various methods which pave the way for reaching reliable insights. The other component of data science jobs is a technique called visualization that transfers large data into visual forms which ease condense the data despite its size.

Then, there is machine learning which is already being referred to multiple times above as it is highly influential in the field. It enables machines not only to digest the data but also to learn from it and come up with accurate predictions for future data, which is brilliant. Lastly, there is deep learning that is the improved version of machine learning in which the algorithm itself determines which analysis pattern will be followed.

Data science also has six steps that are required to complete research on a specific data set. The initial step is labeled as “discovery,” in which the researcher needs to find the data he/she requires. This data can be fathered from many resources including social media and census datasets. Then, in the second step, which is called “preparation,” the researcher needs to clean and tidy up the data since it might have some discrepancies that might cause your result to be not as reliable. Then, in step three, named “model planning,” the researcher finally determines which pattern or model that he/she thinks would be suitable to use in this specific data. In this step, the components of statics and visualization are becoming especially useful while some tools such as R, SQL analysis and SAS are effective in coming up with the right models.

The 4th step “model building” is the one that starts the process for real since the model that is being determined is being applied to the data. The researcher allocates the data for training and testing, which are being used for different purposes. While testing is used for the techniques such as classification and association, the training dataset is being applied to the clustering technique. In the 5th step, which is called “operationalize,” the researcher moves into the post-testing stage in which the model reaches its final state with reports and documents that present the findings of the research. Then, the final step comes in, which is “communicate results.” This step is the one that all the insights gathered through this research is being shared with the related business partners and discussed.

Data as a must-have

Currently, data science has many challenges from having difficulties in finding the right data to the lack of financial support. However, these challenges do not prevent the field from expanding as the businesses reached a point that to stand out among the others, they have to be the ones that have the best data science jobs and technology.