Merton College, the first entirely self-governing College in the University, was established in 1264 by Walter de Merton, sometime Chancellor of England and later Bishop of Rochester. Mob Quadrangle, the oldest quadrangle in the University, was built in three phases: the Treasury c.1288-91; the north and east ranges and the Sacristy c.1304-11; and the Library on the south and west sides 1373-8. Mob Library is the oldest perpetually functioning library for university academics and students in the world. The Gatehouse dates from the early fifteenth century when Henry V granted a royal ‘license to crenelate’, which allowed for the construction of the battlement tower above the present-day Lodge. What is now the quire of Merton Chapel was begun in the late 1280s, as part of the Church of St Mary & St John. It was built to replace the Parish Church of St John the Baptist which stood on the site now occupied by the north wing of Mob Quad. The transepts (what is now the Antechapel) were added in the 14th and early 15th centuries, and the tower was completed in 1450. To this day, the Chapel contains one of the finest pre-Reformation lecterns surviving in England, originally given to College in 1504. A screen by Christopher Wren was added in 1673. Edward Blore, William Butterfield, and Sir Gilbert Scott contributed to its restoration during the Gothic revival of the 19th century. Merton College was originally set up for 20 fellows, with undergraduates being formally admitted in the early 1380s. It was then that John Wyliot, a former Fellow and Sub-Warden, endowed a number of scholarships known at Merton as Postmasterships. Over the centuries, many eminent scholars and cultural leaders have called Merton home. They include four Nobel Prize winners, the mathematician who solved Fermat’s Last Theorem, the physician who discovered the circulation of blood, and the founder of the Bodleian Library. 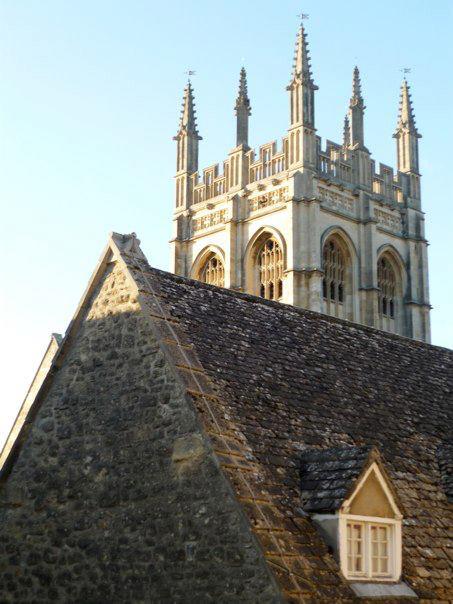